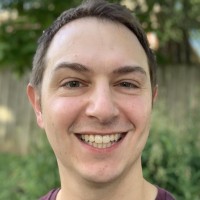 True to its name, giving feedback is about facilitating a feedback loop, helping an individual observe and understand the effects of their actions on the system(s) in which they participate so that they can better meet their goals and needs within the system. As The Systems Bible cogently puts it, “It hasn’t fed back until the system changes course.”

Feedback isn’t about you (the giver)

The most common mistake I’ve made (and frequently seen made) when giving feedback to a colleague, friend, or child is to presume the goal of the feedback recipient is to please you. It may sound obvious, but common “feedback” formulations like “Great job”, “I like what you did there”, and “Here’s what I would do…” immediately imply that the value of the feedback-recipient’s actions derives from conformance with the feedback-giver’s wishes and expectations. At best, this tells the recipient nothing about what to do next time. And at worst, it can feel condescending to the recipient who of course had goals other than pleasing you.

The best way I’ve found to give feedback is to resist the urge to judge, and instead Stay curious:

A 4-minute video on giving feedback with the SBI model

Another model I picked up from Max at Lessonly

Women and people of color receive worse feedback on average

In an analysis of performance reviews for 25,000 people, a report by Textio found differences in the kinds and quality of feedback given to different groups of people: with women, Black people, Latinx people, and older workers receiving the lowest-quality feedback. For example:

An obvious takeaway is that when giving feedback to a colleague, pause and make sure it’s about their work.

Thanks to the Better Allies newsletter for sharing this with me.

Ask for advice, not feedback

Across two studies, we find that most input seekers desire developmental (i.e. critical and actionable) comments to improve their performance, and most often seek out this information by asking for “feedback.” Yet, a request for “feedback” limits the criticality and actionability of providers’ insight because it fails to increase their future orientation. Critically, we observe a simple yet powerful alternative: feedback seekers can ask for “advice” instead.